Our first Laos experience was only for a few hours. That’s when we visited the Golden Triangle in Chiang Rai.

Now, this post has more to offer because we actually landed in Laos and spent three wonderful days in Vientiane, the country’s capital and largest city. Vientiane is located on the banks of the Mekong River, near Thailand’s border.

So, here’s our visual diary:

There was no direct flight from Phuket to Vientiane via Thai Airways so we had to fly back to Bangkok.

We left Bangkok at 12NN and reached Vientiane by 830PM.

We had a lot of waiting time so we worked as much as we could.

From the airport, we took a cab to our hotel.

We had a healthy breakfast to start our day!

Since we were budget-conscious, we decided to tour the city on our own. That means, we had to follow the walking tours that we got from the internet. So, our first two days allowed us to explore the city. Thanks to Apple Map, everything was easy to find.

Our first destination was Nam Phu Square, a century-old centerpiece fountain. Here, we saw a lot restaurants and bars around.

Then, we visited some of the temples around before we stopped at Sisaket Museum.

Next was the Presidential Palace, a venue for government functions. Since it wasn’t open for the public, we just stood at the gate and took some photos.

After that, we went temple hopping from Haw Pha Kaeo to Wat Sisaket.

We also went to Talat Sao Market where we bought some souvenir items for our future home/house.

The highlight for our first day was visiting the COPE Visitor Centre.

The Cooperative Orthopedic and Prosthetic Enterprise was founded in 1997. It is a rehabilitation center providing prosthetics and mobility devices for people and especially the victims of UXO.

Our last stop was on Patuxai, which is widely known as the Asian version of Arc de Triomphe in Paris.

Our last stop was on Patuxai, widely known as the Asian version of Arc de Triomphe in Paris.

Because we were already tired, we ate at the nearest pizza shop.

Our walking tour continued after lunch.

Then, we cross the street to get to the Lao National Culture Hall.

After taking photos, we headed to the Mekong Riverfront. We enjoyed the sunset as we observed people from all walks of life.

We ate some snacks and bought some souvenirs.

Eggs, in different colors. But, we didn’t eat them.

On the third day, we took a bus to get to the Buddha Park. It was located 30 kilometers away from Vientiane’s center.

Tour packages to Buddha Park would normally cost around US$100 per person. Thanks to some sensible travel posts, we found a better way to go there.

In this park, we saw the different faces of Buddha.

We dined at a small local restaurant.

Then, we went to a coffee shop! We tried the place because of the name of the shop. I thought it was named after me. LOL!

Next day, we flew back to Bangkok and went back to Yangon!

Vientiane probably is one of the smallest cities we’ve seen in Asia and it may not have the buzz of Bangkok or Hong Kong, but it definitely offers the solitude of a laid back, serene lifestyle.

My next travel post would be some beautiful places in Myanmar! Keep posted! 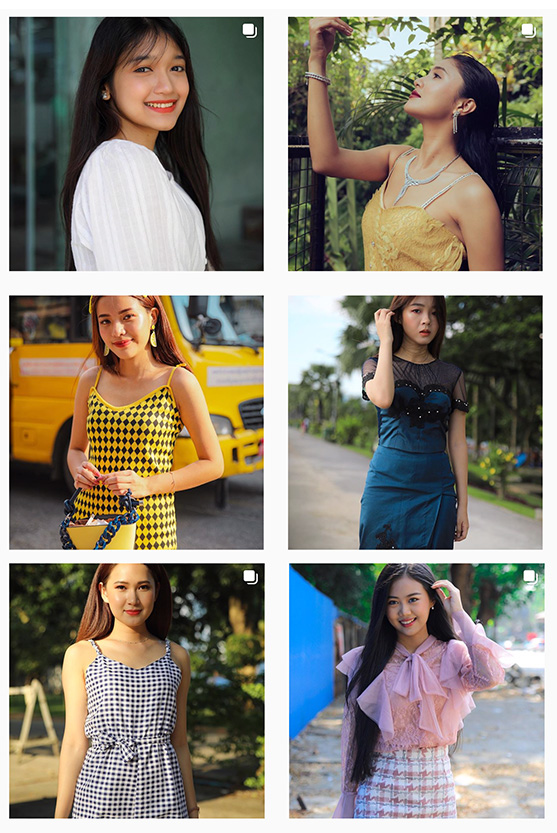